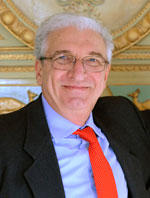 Prof. Emeritus Roberto Pardolesi is widely acknowledged as being one of the most authoritative Italian academicians and practitioners in the fields of antitrust, comparative law, private law, and economic analysis of law. He was a pioneer in the introduction of interdisciplinary law and economics approaches in Italy during the 1970s. He is author and editor of several books and hundreds of articles and essays, and he is constantly involved in conferences, meetings, seminars, and workshops in Italy and worldwide.

Prof. Roberto Pardolesi is Professor Emeritus since 2019 and Full Professor of Comparative Law. At LUISS, he is Scientific Director of the Law & Economics LAB, an interdisciplinary centre focused on research, teaching, and consulting in the areas of the economic analysis of law. Founded in 2003, with 12 affiliates, L&E LAB is the largest research institute specialising in law and economics in Italy.